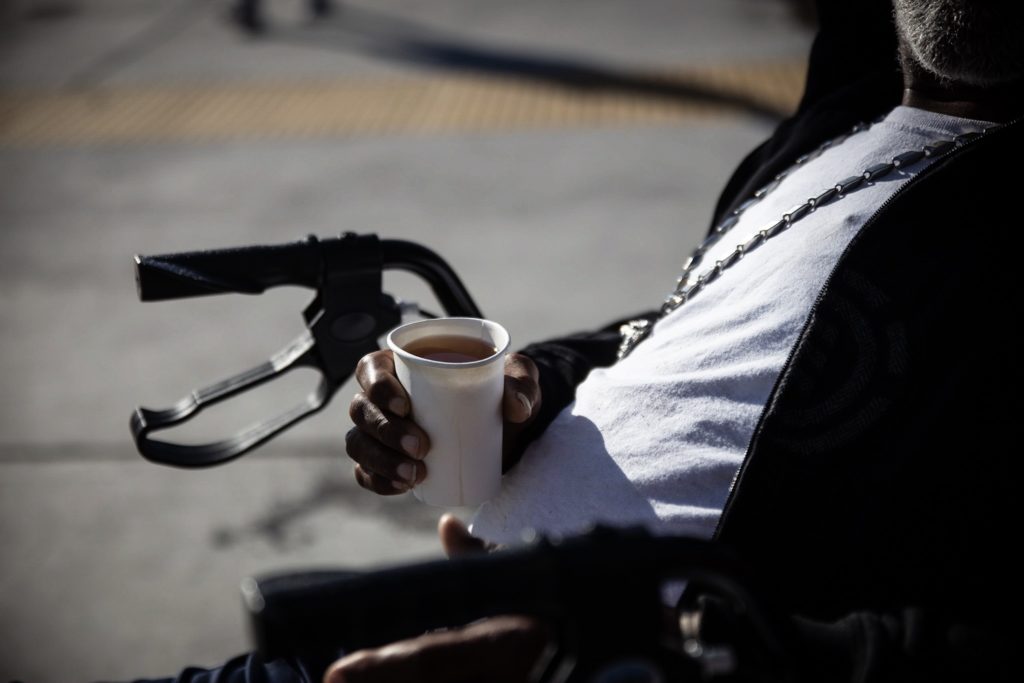 Conversations about mental illness and substance abuse seem to inevitably arise when talking about homelessness – but what about physical disability? A physical handicap can have profound effects on an individual, leading to limited access to work, unemployment, and homelessness.

Physical disability is a big part of why Daryl, a guest at Loaves & Fishes, became homeless. He is nearly sixty years old, and his health is far from what it used to be.

As a young man Daryl felt like he could conquer the world. He was a baseball player, and everything came easily to him. Daryl says with plain nostalgia, “it’s a big difference in the quality of living, quality of life.” After his time playing baseball he moved to Los Angeles and became a truck driver.

Daryl moved to Sacramento several months ago, but his health took a rapid downturn within his first month in town. He lost his leg to complications with diabetes, and has had to learn how to function with a prosthetic leg. He can no longer drive, and mentioned that the income that he has is “not very much.” Within days of arriving in Sacramento he also had to undergo a triple bypass surgery. His multiple health complications over the past months have made it impossible to find housing. While he is hopeful, recovering and recuperating is his main focus.

He is currently staying with a friend, but does not like being dependent on others. “I like doing things on my own. I don’t look for anybody to take care of me, even though with my illness–I get on the train, I do everything,” he says. As he looks toward the future, he hopes to quickly find a place to live. In the more distant future Daryl has a vision of owning a boat and floating down the river, hopping on and off as he pleases.

Although Daryl faces a lot of challenges, he is grateful for Loaves & Fishes and its programs. He gives special praise to the Washroom, where he enjoys hot showers and laundry, and the Dining Room for its hearty meals. “I think this place is great if you ask me. It really is.”

Until he achieves his goal of riding his boat down the river, we will be ready to welcome him with nutritious breakfasts and lunches, showers and laundry, and essential survival services to help him get through the day – and on to the day when he is no longer homeless.