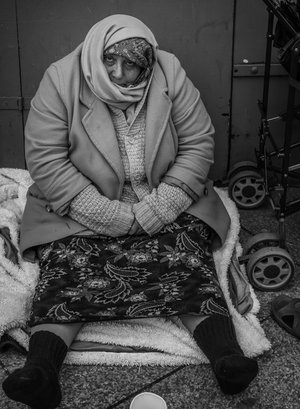 Gale is Loaves & Fishes consummate photographer. He takes pictures of our guests and people experiencing homelessness throughout Sacramento. His photographs ask that we not look away from the crisis of homelessness perpetually unfolding in our city. Two weeks ago, he went on a Rhine River cruise with his wife and, while in port, photographed people experiencing homelessness in various European cities. The subjects featured in this blog post may speak different languages, but they all know the desperate feeling of what it is like to be without shelter. Below is Gale’s commentary on the photographs that he took and of course, pictorial glimpses into his journey:

I took the photo above a few weeks ago outside the Notre Dame Cathedral in Strasbourg, France. I think the image captures what Mother Teresa observed about the homeless, “(T)he greatest suffering is being lonely, feeling unloved, having no one. . . (I)t is being unwanted that is the worst disease that any human being can ever experience.”

This May marks a year I have spent shooting images of the homeless at Loaves and Fishes and the streets of Sacramento.  No matter where my travels and camera take me, there is a constant theme that I find: the homeless are invisible—for the most part ignored and denied by the community they live in. Many are scared and scarred without resources to counter the misfortunes of living on the streets.

The following images were taken at the end of April in cities and towns along the Rhine River. 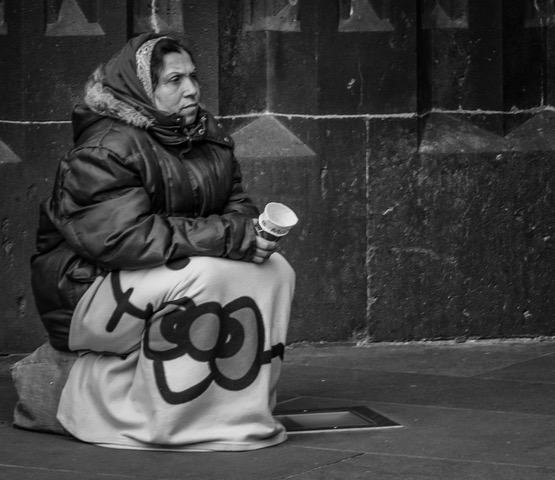 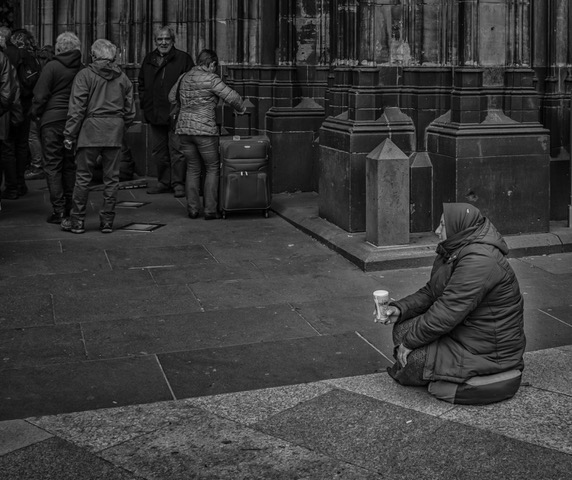 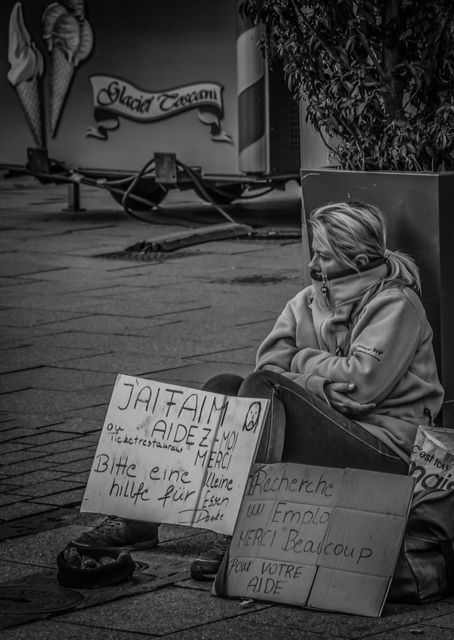 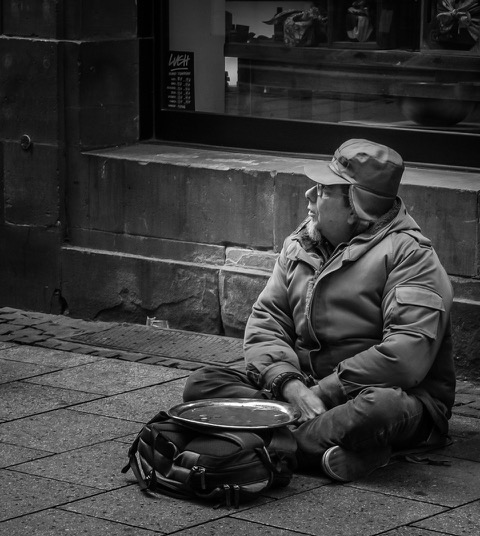