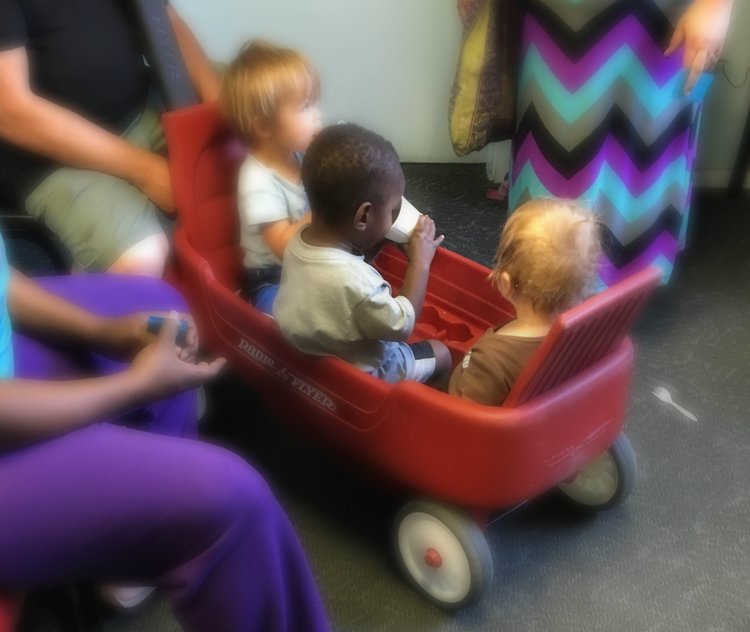 The moment that I walk into Maryhouse, I can tell that it’s been a lively morning. Not that it I’m surprised; there is never a dull morning at Maryhouse.

Both lobbies– downstairs and upstairs–are full of women, some waiting for showers, some waiting to talk to a Maryhouse staff member, and others simply relaxing, enjoying a safe space to pause and rest in the morning.

As I stand at the counter I notice Evelyn* with her two-year old son Dee* standing around the corner. Dee has a bottle tilted up to his mouth, spilling most of its contents down the front of his shirt. “We’re working on that,” she laughs, and reaches onto the counter to grab him a cup instead. “He’s better with cups,” she says.

As we continue talking, another woman walks into the lobby, pulling her children in a two-seated red wagon.

Evelyn laughs “He thinks he’s a lot bigger than he is. Kids can be the same age or older than him, and he’ll point and say ‘baby’. I thought he was going to be jealous when his little brother came around, but no way. He loves babies. He loves taking care of them.”

“Look, he’s trying to feed the baby,” Evelyn said as Dee held his cup up to the other boy’s mouth.

It was an adorable sight, and I can only hope that each of these boys has a safe place to call home for the night…